skip to main | skip to sidebar


Feld Motor Sports has announced the schedule for the 2013 Nuclear Cowboyz freestyle motocross (FMX) tour, which kicks off Saturday, January 12 at the Sprint Center of Kansas City, Mo. For the first time ever, the highly acclaimed Nuclear Cowboyz 2013 tour will visit New Orleans and San Antonio, and back by popular demand, will return to Houston and Atlanta, following a one-year hiatus. Tickets will be available to the general public on Friday, September 21.
Nuclear Cowboyz 2013 is the only FMX tour of its kind that’s told through an adrenaline-packed narrative based in a futuristic setting. The saga is defined through jaw-dropping freestyle stunts meshed with stimulating pyrotechnic and laser displays all synchronized to heavy metal, rock alternative and electronic dubstep music.
Nuclear Cowboyz 2013 has the greatest cast of freestyle motocross, trials and quad riders ever assembled, including recent X Games 2012 medalists Ronnie Faisst, Mike Mason, Taka Higashino and Winter X Games gold and silver medalist Colten Moore. The tour also includes former gold medalists Adam Jones and Matt Buyten as well as award-winning freestylers Derek Garland, Brody Wilson, Jimmy Fitzpatrick, Wes Agee, Nick Dunne, Geoff Aaron, Keith Wineland and Marco Picado in this action-packed freestyle performance of pure danger and raw combat.
“We are so excited to bring Nuclear Cowboyz 2013 back for its fourth tour in North America,” exclaimed producer Juliette Feld. “This is the only place where fans can catch the top freestyle riders in the world riding side by side in an all out production. Fans will be mesmerized as two, three, then four riders flip together. These thrills are heightened by the most radiant pyrotechnic and laser effects ever seen indoors. Nuclear Cowboyz 2013 is guaranteed to leave a lasting impression on every fan.”
Nuclear Cowboyz 2013 Tour Schedule:
*Ticket On-Sale: Nuclear Cowboyz Tickets
Experience Nuclear Cowboyz with a VIP Fallout Zone℠ ticket. A very limited number of tickets are set aside for the BIGGEST Nuclear Cowboyz fans. Each VIP Fallout Zone ticket includes: Premium seating, admission to a private meet and greet with the stars of Nuclear Cowboyz 2013 where fans will be presented with a commemorative VIP Fallout Zone credential and poster. Only VIP Fallout Zone ticket holders will be able to take part in the meet and greet. It's the ultimate VIP experience. Don't wait as these seats are extremely limited and will go fast!
Posted by Ithaca Night Life, NY at 8:23 AM No comments: 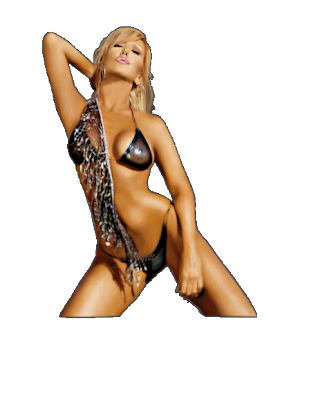 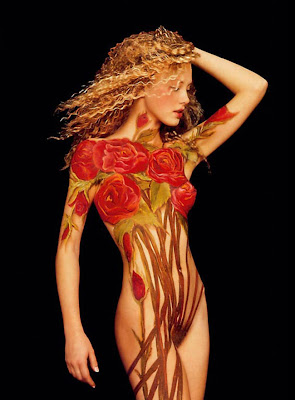 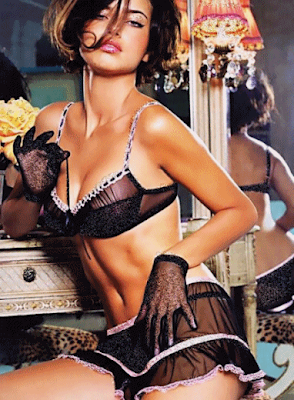 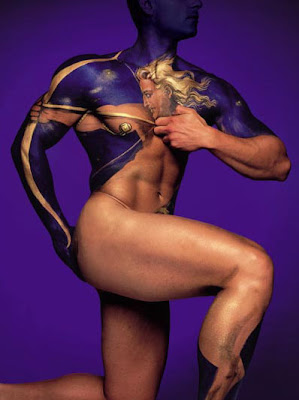 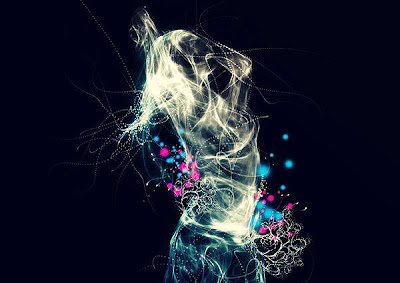 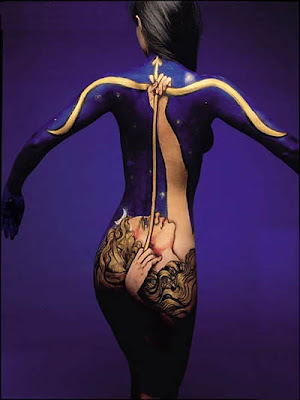 The incite of Photographer Eileen Perrier is illuminating present styles along with sociocultural attitudes, and thus is setting the stage in which historian and artist alike have something which can be mutually shared. 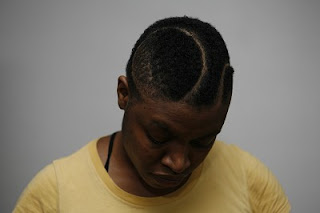 Photographer: Eileen Perrier http://www.eileenperrier.com/ Eileen Perrier is a photographer who specialises in making formal colour portraits. For this commission Eileen will be setting up a studio in Room 2.14 of the James Clerk Maxwell building, from 19 to 30 March 2007. Eileen would like to invite School staff and students to have their photograph taken. Sitters will receive a free copy of their portrait. For an appointment with Eileen telephone 07930 282610, or email her at eileen_perrier@hotmail.com.
Posted by Ithaca Night Life, NY at 4:07 PM No comments: 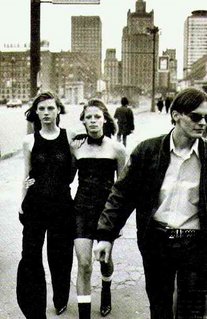 The Russians are here.
And here they are going be very stong.
Some of us of heard about the ruthlessness of the Georgians in the underworld, and in other trade practices. Well thats nothing when compared with these big boned, wide hip and huge breasted Russian fashion models. Talk about agressiveness and survival skills, these women are top pitched. So when Russia started to experiment in fashion designs you have no idea of what really is going on in the dressing rooms, nor in how models are not only selected but how they have to form new techniques as women with highly advance survival skills. An what this point leads up to is that this goes tripple for fashion designers.
So you can imagine, and you will be very right what sexy means in the Russian perception, and thus....as per top of the post....
Posted by Ithaca Night Life, NY at 2:30 PM No comments:

The Future is at Shangri-La Gifts. Ithaca, New York.

Posted by Ithaca Night Life, NY at 5:43 AM No comments:

Iceland should be looked from the point of view they want to warm, but in style too. These Europeans are by no means isolated, and with the internet reaching deeper into every cornet of the world everyone will be clued in to whats new. So goes those in Iceland.

As per report in WWW dot Styles Dot Com.

Icelanders—being geographically isolated and subject to environmental extremes—have a vested interest in finding ways to stay toasty. Perhaps that's why the best winter coat we've discovered this year is from 66° North, a company named for the latitude of the Arctic Circle, which bisects the northern region of the small country. The brand's Thórsmörk Parka has a sleek windproof and waterproof nylon shell, stand-up collar, articulated elbows, and a luxe, raccoon-fur-edged hood. Even better, it's filled with thick goose down to protect you from the season's cruelest elements, be they encountered climbing Nordic peaks or hailing a cab on Fifth Avenue.
Posted by Ithaca Night Life, NY at 9:24 AM No comments: 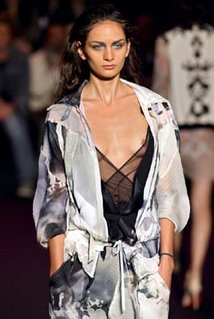 What the Europeans are doing. This is appearing more and more on every respectable fashions run ways all over every major European fashion centres. Moreover, this is a result of increasingly safe sociocultural environments in which European women are able to explore their own personal interest in both styles and personal adventure.
Posted by Ithaca Night Life, NY at 1:36 PM No comments: 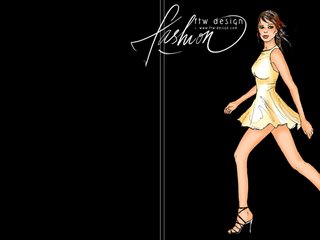 Posted by Ithaca Night Life, NY at 1:27 PM No comments:

During this age of post feminism European Fashion designers are pushing the envelope by introducing topless fashion designs on the leading fashion run ways in Paris, Milian, Madrid, and others. Moreover, there is an opposite movement in the retros in which the thing is to out do the designers of the 40s and 50s.This is in reaction of a growing shift in the nightlife in key Europan cities in which women are finding safer environments from which to find personal release, and topless is gowing.

In Paris, Berlin, Bonn, Caan, and Madrid free open tops of early 2004 have given way to mild see through topless causuals personally crafted. Moreover, increasingly at more and more plush parities given by the Euro Dollar - New Rich, the topless look is growing. All reflect both growing safety women are now experiencing, and the implications and self-realization of ones own rights personal taste and social fantasies. European designers who are trying the catch up are still unknown. Increasingly, the binding of bra staps, and the constant irritations felt in sudden body turns during social dancing, especially in the new moves provided by the Hip Hop culture is suddenly loss by the freedom now being opted for.

In one email, Rene Litz from Caan commented " That women covering their tops are really not natural for a womyn's body. It was a condition impossed by males who feared women assuming power during the early development of European civiliations which only sought her sexual exploitation. She has always questioned in her life ..Why the part that produced milk for innocent children? ."

With this in mind, a really discussion needs to be look at and properly reacted to. The key factor of which is a result of the social movements developed by every University and College activist feminist group who push the Take Back the Night Campaigns both and off their respected campus. Especially at the Unversity of Rochester's Feminst's Coalitions, in which the success of this campaign during the 1970s triggered topless yearly demonstrations in downtown Rochester to promote legislation in Albany to allow women who so chose can go topless-which was subsequently passed. There is a proposal for a parade now being discussed.

The one time increasing incidents of sexual assaults and rape closely and academically examined in depth during the 70s and 80s have made a dramatic down turn since the late 90s. Howover, though similar trends ocurred in Eruope, Anmerican women did not respond in the same manner as did the Europeans. All of which caused the need to fully examine this aspect, especially the casual anxieties involved, in as much as style and fashions are outward expressions of the social and cultural conditions which exist in ones time and era.The website Fashions Trendsetters / Trend Setters was specifically developed and put together to gain wider attention, and this forum is where the answers should be examined.

I once trought of developing my own forum, but instead I found this one which already existed. Now I am actively promoting this forum through my Night Life ( NightLife ), RMC Internet Network.What should be looked at from my point of view is simple this.Is the American nightlife coming up to par with the early feminist aspirations which created The Take Back The Night campaigns of the 70s ?

As per the course Introduction to Womyn Studies, State University College at Buffalo, the resolve that a womyn's breast is not a sex object, why we still have this puritanical point of view while Europe in increasingly rejecting this ?What are the clear implications to creative style features in American fashions once some of the base issues become clearer? And more impportantly, which American city is going to take the first step ?All the while this is going on why are retros assuming a permenant and at times growing marketing nitches?

Seeming'ly only in America.Lastly, in the past advant of AID's destroying the leadership of American fashions during the 1980 - 1990, quess who is filling in the void, and where did they get their initial experiences ? Victoria Secret ? Wicked Fashions ?With the once dominate Europeans now being over-shaddowed by Asian dominance, especially from Tokyo, and the growing power of MySpace.com and other groups related groups and blogs, we are on the verge of new era of fashion who are smiliarly looking at these issues. Post feminism is developing more diversity in lifestyles at the sametime. They plus other monitored internet groups, especially those sponsored by MSN, and Yahoo for free clearly indicates a growing shift to what the Europeans are doing. In addition. in every advocate rape and sexual program nation wide, " What a women wears is not any grounds for violation, or any question concerning her integrity, but is solely her own right to do so." Anti - Rape Task Force, State University of New York at Buffalio, University of Buffalo. These two elements are converging and is it how and when which the more serious discussions should be focused. Also, and reports which are trace'able concerning this topic should likewise be added. 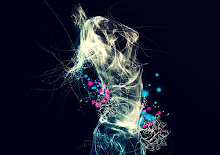 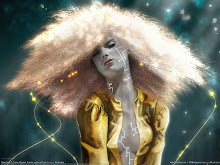